How to Get More Workers to Contribute to Continuous Improvement

Your organization has done everything right to launch your continuous improvement program. You’ve held a kick-off meeting where management shared its vision for creating a CI culture with the end goal of reducing waste, and explained how that will enable the company to remain competitive and better serve the needs of your customers.

You’ve emphasized why the contribution of individuals is critical to the success of your operations, and made it clear what is expected of them. You even reassured everyone that there’s nothing to fear. You will keep the lines of communication open and informal, and that all ideas – no matter how big or small – are valued.

So, you thought by the wave of high-fives around the room that everyone was fully on-board. But it’s been four months and only a handful of workers have submitted ideas. Why?

This article explains what prevents workers from contributing ideas for continuous improvement, and what some manufacturers are doing differently to get more and faster contributions and alignment.

A Tale of Two Factories

To fully appreciate why some manufacturers are seeing results from their continuous improvement efforts, while others are not, we have to compare how they are capturing ideas from workers and how that makes them feel. So, let’s look at the day in the life of three front-line workers, each with different communication styles and preferences, and expectations for sharing their ideas.

Mark leaves the CI kick-off meeting feeling pumped. As maintenance engineer at the company for more than 10 years, he has interacted with a lot of people and seen just about every problem there is. “Finally,” he thinks. “They'll be open to hearing some of the ideas that's been percolating in my mind for years.”

That’s why Mark has made a point of submitting an idea each time he encounters a new problem or finds a better way of doing something. In fact, since the CI program launched, he has submitted an average of four ideas per month! Mark only wishes that he could submit his ideas while on the floor when the details are still fresh in his mind, rather than wait to the end of his shift when back in the break room.

Naturally, Mark is very curious to know what the status of all his ideas are. Has management seen them? What do they think? Will they be accepted and when? But when he walks over to the suggestion board, he sees the last status update was made over six weeks. “What’s the point?”, thinks Mark. “Why make such an effort if they can’t keep up with my suggestions, or take my ideas more seriously?

So, Mark decides to stop submitting new ideas until he gets feedback on the ones he already submitted.

Melissa is a junior operator who embraced the Toyota Way philosophy from the very first day she joined the company. She is constantly thinking of ways to eliminate waste at her workstation and increase the quality of her work.

She would love to submit her ideas to management through the new CI program. But because this is her first job in manufacturing and she’s only been with the company for six months, she lacks confidence in her ideas.

“Most of my ideas are still half-baked,” thinks Melissa. “If only there was a way I could share them with operators on the day shift or at another plant, and get their feedback first. That would save me potential embarrassment and, together, I’m sure we could come up with even better ideas.”

But because she can’t, Melissa decides to hold off on submitting any ideas until she has at least a year of experience under her belt and certain that her ideas won’t make her look foolish.

Julie, a senior operator, recently found a way to increase the output of her equipment by operating it in manual mode. She knows that operators from other shifts and plants can also benefit from this, so she is excited to share with others.

Her idea is a bit difficult to explain, but she does her best to summarize it on a 3” x 5” index card. She reluctantly drops the card into the suggestion box located in the breakroom, thinking, “There were some key points I couldn’t convey in words in that limited space.”

A few weeks later, Julie gets a note from Paul, the continuous improvement coordinator at corporate headquarters, thanking her for her idea and explaining why it can’t be adopted as a new SOP. “Just as I expected. They don’t understand my idea,” thinks Julie. “If only I could have showed them exactly what I meant. I’m sure my idea would have been accepted. Oh well, their loss.”

So, Julie decides to only submit simpler ideas and avoid more complex ones that can’t be easily communicated through the CI program, even though she knows those would have a greater impact on the company.

How Manufacturers are Digitally Transforming Their CI Efforts

Now let’s look at improvements other manufacturers have made to address the concerns shared by Julie, Melissa and Mark, and how they are successfully motivating more workers to contribute continuous improvement ideas on an on-going basis.

Instead of asking workers to write down their ideas on an index card and drop them into a suggestion box, or email their ideas, these manufacturers are digitally transforming their CI efforts. They are connecting their entire global operations and workforce – both management and factory workers – so that they have access to the latest information and can communicate in real-time, at all times.

Each workstation is equipped with an iPad or tablet containing an app designed specifically for manufacturers to provide real-time information on what’s happening on the factory floor, and to facilitate idea sharing, collaboration, and knowledge building.

A live news feed displays the latest updates about the company, plant, production line and specific workstations. The feed also streams posts, photos and videos added by workers, as well as conversations between co-workers.

So when Pablo, an operator from the night shift first clocks in, he can scan the live news feed to see what happened during the day shift and deserves his attention. He then responds to any communication directed at him or his workstation by posting a reply or question.

When an idea for continuous improvement pops in Pablo’s head, he immediately posts it on the company’s dedicated CI improvement news feed. He chooses the most effective format to communicate his idea so that it’s easy for people understand him. Pablo prefers to record a video of himself demonstrating and explaining his idea, rather than writing it down. “If a picture is worth a thousand words,” he thinks. “Then a video is worth a million!”

Pablo likes to ask for feedback and contribution from his co-workers when he posts an idea, and enjoys the lively dialogue that follows. He also likes to see what ideas his co-workers have posted. He learns a lot from these interactions and their ideas, which help him to come up with more ideas. It also makes Pablo feel connected to people from other shifts and parts of the country. As a night worker, this keeps him motivated and engaged.

He tags the post and turns notifications “on” so he can be alerted whenever someone posts a comment. This includes comments from the CI team and management who use the live news feed to confirm that they received his idea, and to update him on the status of his idea throughout the review and approval process.

Even if Pablo’s idea isn’t accepted, he’s not disappointed. In fact, he appreciates the acknowledgement from management and his peers, and that there is a permanent record of his contribution for future reference. “Who knows,” he thinks. “Maybe the timing just wasn’t right, and one day my idea will get approved and adopted.”

The enabling technology behind all of these capabilities is Poka, a web and mobile app designed specifically for the manufacturing industry to facilitate communication, knowledge sharing and training on the factory floor.

Using Poka, a global manufacturer of confectionary and other food products is identifying ideas and gaining alignment across CI teams 80% faster than before. Previously, ideas were only reviewed and approved during their monthly meetings. Now, the teams use the live news feed to review incoming ideas and have discussions as needed in real-time. This, in turn, has enabled the manufacturer to get new SOPs published and out to workers faster, resulting in a 95% reduction in the time to resolve problems.

By connecting workers and teams across production lines and geographies, Poka is also helping Arcelor Mittal, a multi-national steel manufacturer, and Isothermic, a windows and doors manufacturer, to improve communication and increase employee interest and engagement levels.

“Sometimes I see people reading other department news, and it interests them way more than before,” says Arcelor Mittal’s Plant Manager. “So, it opens their eyes a little bit more. It’s the real-time aspect.”

Click here to read success stories from other manufactures.

Providing workers with the right tools to capture their continuous improvement ideas and giving them prompt feedback are key to motivating workers and keeping them engaged. Manufacturers who trade in their manual, paper-based processes for a digital communications tool that enables front-line workers to continuously share their ideas “in the flow” of work on a daily basis have a greater chance of success. Not only do they succeed at making incremental improvements that, collectively, generate big results, they engrain a true culture of continuous improvement that withstands the test of time.

Gordana Stok is a B2B technology marketer and researcher with a deep understanding of the buyer journey. Gordana has interviewed nearly 500 senior business and IT executives at some of the world’s largest brands about their buying decisions for a wide range of complex technology solutions (SaaS, software, hardware). 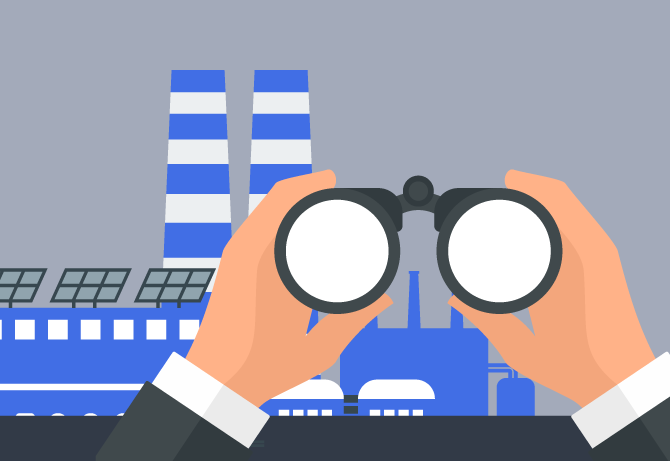 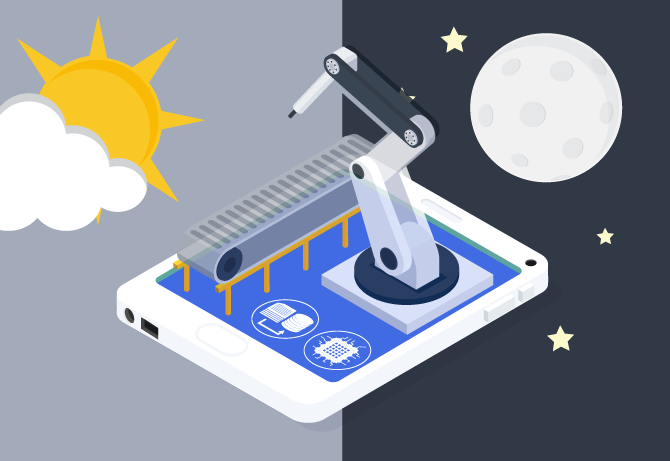